Product Search Information
You are here: / ATHLETICS / Testing and Control Devices
My Account 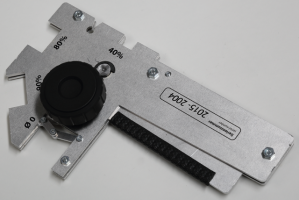 Objective of the patented SGT testing equipment ( all rights are exclusive to Getrasport since 01.12.2014 ) is not the exact measurement of the implements, - but an appropriate and rational examination whether the implements are according to IAAF rules, ie a YES or a NO.